Pianist, singer, arranger and jazz composer, Jean-Paul Millier graduates from the Conservatory of Strasbourg and is awarded First Prize. He is an inventive musician who played for several years with various bands in France as well as abroad.

He then crosses the paths of french celibrities such as Claude Bolling, Jef Sicard, François Laizeau as well as the musicians of Didier Lockwood and, more recently, those working at the Moulin Rouge.

His music is influenced by Bill Evans, Michel Camilo or Chick Corea and is in between acoustic feelings (he is a member of the Jazz Night Trio in Germany) and the energy of fusion (Blue Note Cocktail in Paris).

He composed several jazz albums but also the main themes of the musical tale « The journeys of Pilick » written by Annick Terriot and told by the french actress Miou-Miou. 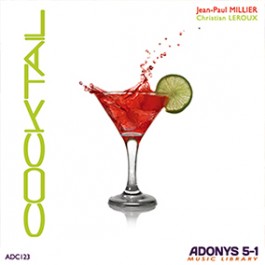