I’ve always thought my compositions were like “music of images”. Perhaps because of my childhood years spent in the movie theatre “Paradiso” of my father, who was a projectionist!

Later on, the diversity of my encounters, as well as different professional projects, helped me to expand my sound palette; an eclectism that I claim today. These experiences have also helped me to refine my sense of listening and transposing.

The link between music and image is often a human adventure, the meeting of two worlds, a companionship between a film-maker and a composer. I particularly like the idea of leading my music to the service of an intention, an aesthetic. First, being attentive and then finding my freedom of creation and proposition within the context.

If I had to summarize my work in a few words, I would first of all say that I pay great attention to the writing of the melodic theme of my compositions. It is often the main “character”. Then I choose the instrumentation and I develop the harmonic frame by playing on colors, rhythm and contrasts, according to the atmosphere that I wish to suggest… 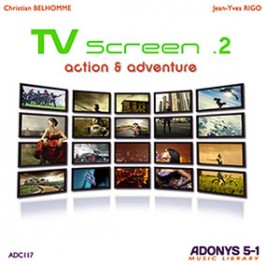